David Kerr, an internationally well-known oncologist & academician of the University of Oxford, appointed as Honorary Professor of SCU 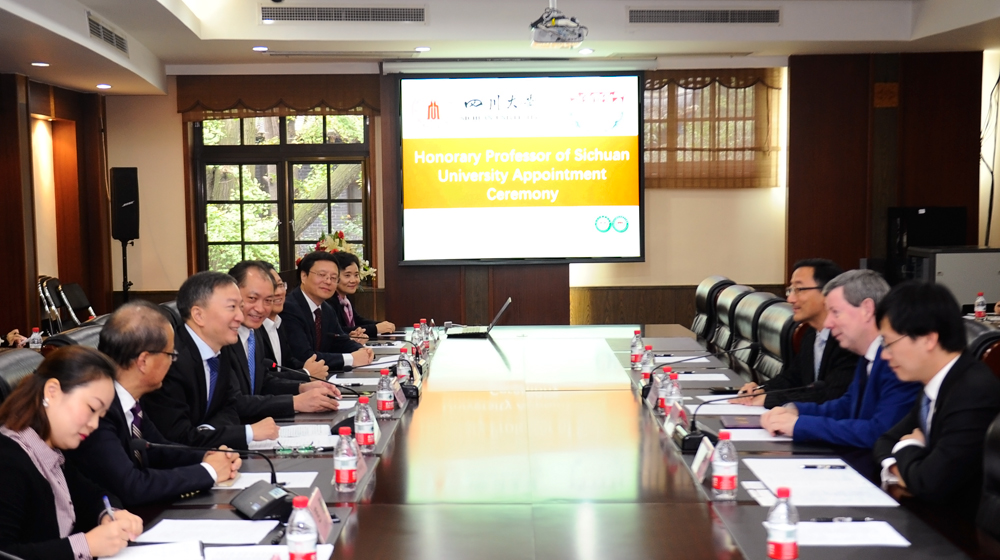 Li Yanrong expressed that, with appointment of Mr. David Kerr as Honorary Professor of West China School of Medicine, new vigor could be injected into the medicine development of the university. Following a path to develop the best-in-class medicine discipline is regarded as a significant action for future development of the university. He hoped that the relevant teams of West China School of Medicine and the University of Oxford could establish close cooperation, building a world-class platform for treatment and research of gastroenteric tumor, so as to bring more benefits to Chinese people and even people around the world.

Prof. David Kerr expressed gratitude to Sichuan University. He noted that his appointment as Honorary Professor of West China School of Medicine is not only an important personal honor but also a good debut of deep cooperation between both sides in the future. He had built a good partnership with the relevant team of West China School of Medicine (West China Hospital) in the early phase, which laid a solid foundation for realizing high-yield cooperation in the future. It's believed a real substantive partnership could be established with the mutual efforts, thus greatly promoting the scientific research with international influence. 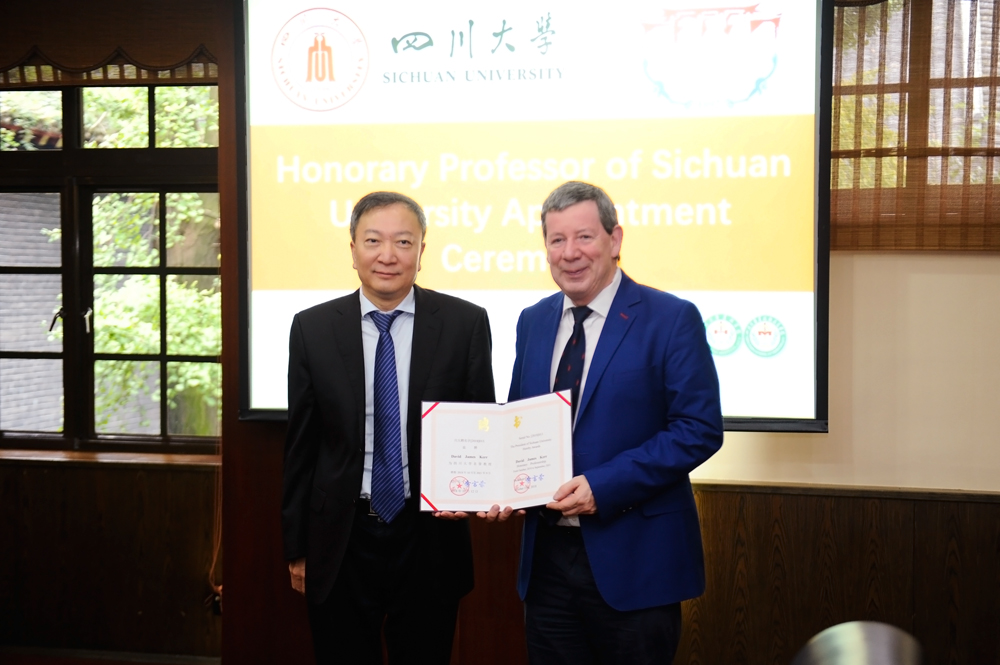 During his tour, Academician David Kerr and his colleagues visited West China Hospital, carried out investigation and survey in the National Key Biotherapy Laboratory of Sichuan University, and then made in-depth communication with Academician Wei Yuquan and other experts with regard to the detailed matters of long-term cooperation, such as establishment of the research platform in the tumor center, mutual exchange of staff, cooperation of scientific research and transformation of achievements. 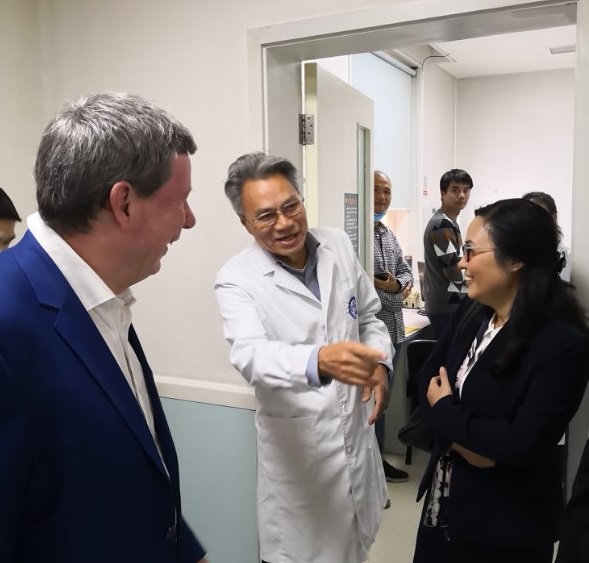 Academician David Kerr has engaged in clinical and scientific studies of tumor for a long time, and made great contribution to health services in the U.K. and even across the world. He is an academician of Royal College of Physicians, Honorary Fellow of the Royal College of General Practitioners, Fellow of Academy of Medical Sciences, initiative Academician of EACS of European Academy of Oncology, etc. He also made outstanding contribution to the reform of the diagnosis and treatment system in the U.K., and thus he was granted the Knight by the Queen. Moreover, he gained “Harford Global Health Medal: Outstanding Leadership Award” since he organized and launched INDOX and AfrOx projects, and gathered the world’s top oncologists to help improve the therapeutic effect on tumor patients in India and Africa, reducing the death toll of tumor patients. Academician David Kerr has made marvelous achievements, especially in the study of colorectal tumor.